Enter another dimension with a voyage aboard the Time Machine, the newest thrill ride at Seabreeze Amusement Park.

About the Time Machine

Modern technology meets retro-futuristic design with this amazing new thrill ride. Riders climb aboard and experience the powerful pendulum motion of a 20-passenger gondola, as the hands of time take them full circle and lift up three stories into the air. Soar with clock-like precision as you go up, down, round ‘n round at truly awesome speeds.

Create characteristic signage and props for a new time-travel themed thrill ride; designed to truly transport visitors to another time and place.

With the theme of time travel proposed for the ride, the design process began by sketching out ideas. We found inspiration in retro-futuristic locations and elements common to Steampunk lore (think 19th-century industrial steam-powered machinery meets science fiction), from the brass gear wheels to the moving giant clock hands that spin riders around in the air. A logo design was conceived of the same theme, with an embossed brass stamp effect on the signage typography.

Once the basic ideas had been laid out, the product was realized and nine months later the ride was built and opened to the public for the summer of 2017. This was an exciting project as it was the first time I’ve actually been able to ride on my own design! 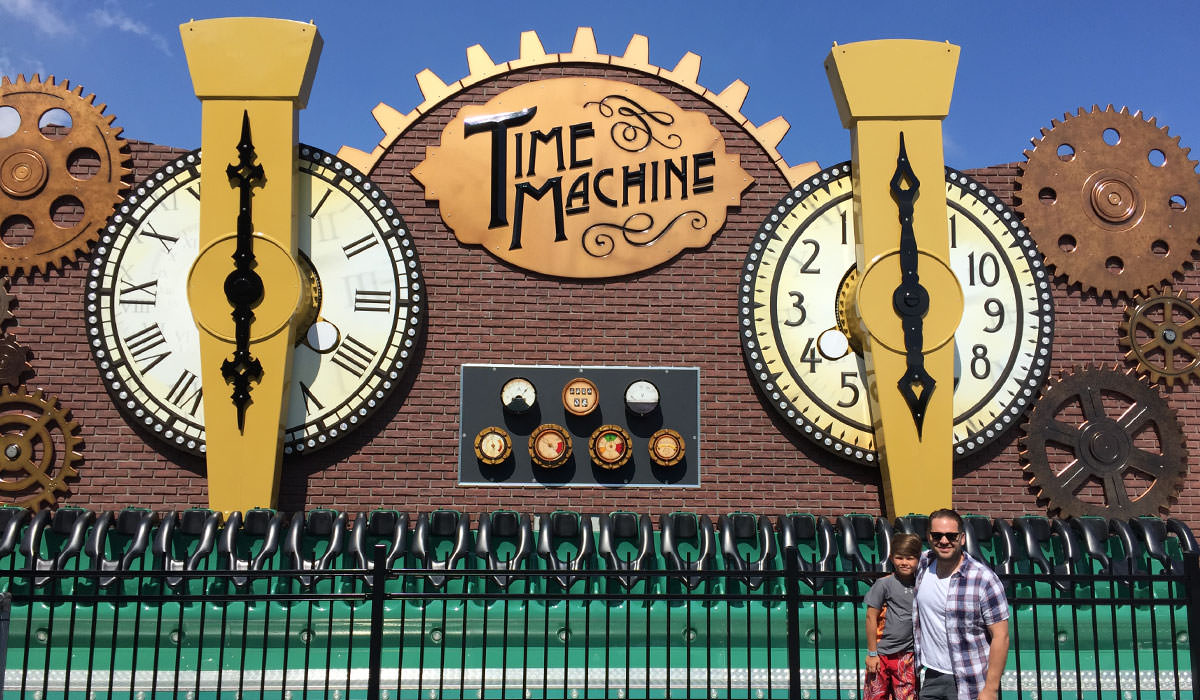 Have a project in mind?

Tap into our in-depth industry expertise and get the graphic design you need.